Paper, Ink
In isolation at an ashram in the wilderness, primal cosmic forms that previously appeared in the artist’s work take on new meaning as they arise from a silent meditative space in a Hindu goddess temple. The same simple form is repeated hundreds of times in a variety of sizes in various types of media, each image unique in spite of being the exact same form. The artist is seized with a sublime compulsion to fill sketchbooks with this repeated form until the aniconic vision exhausted itself. 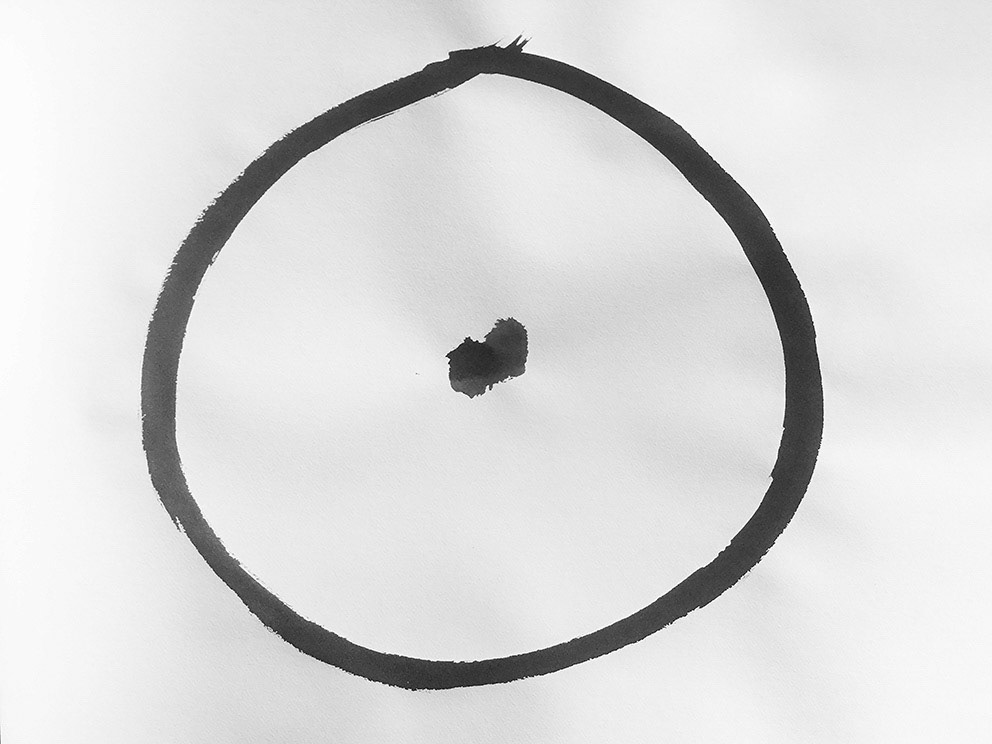 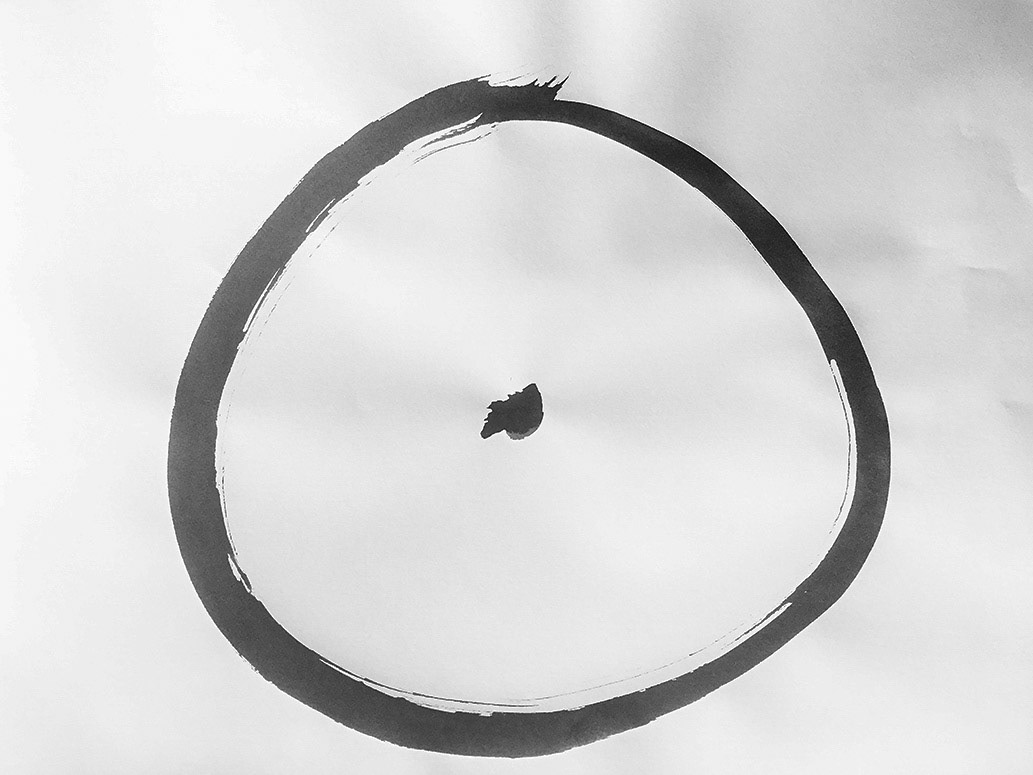 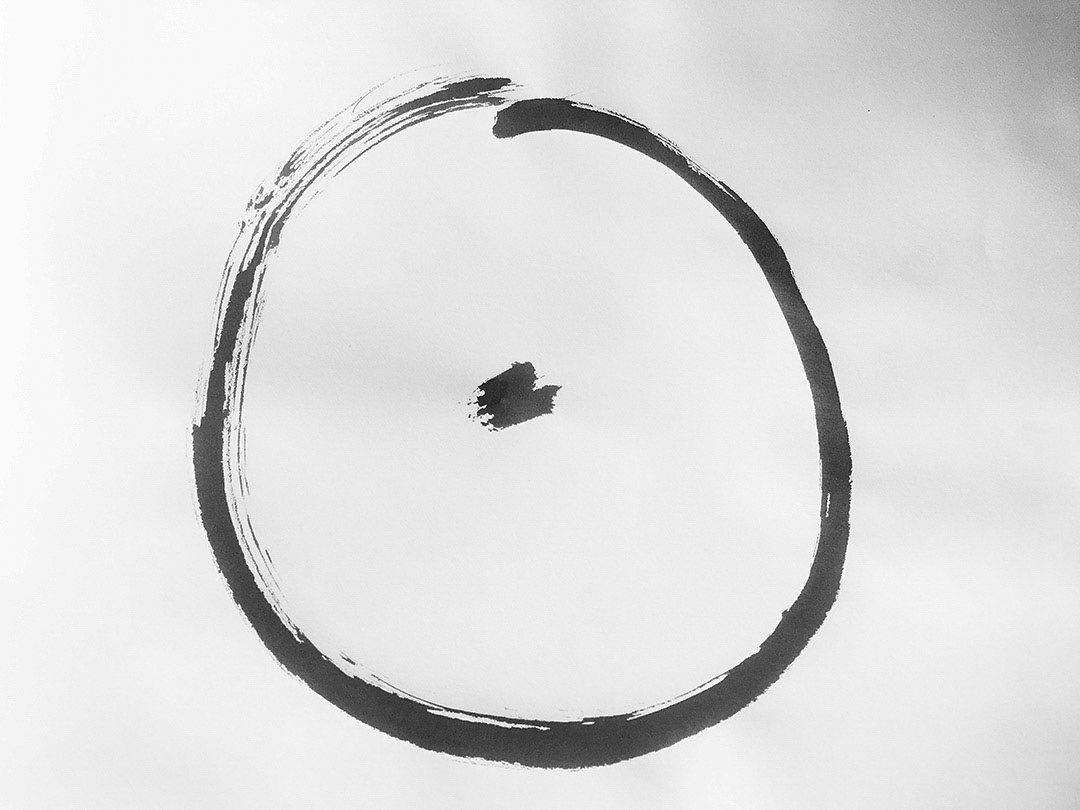